Remembering Howard Wolpe and looking ahead for the future of Burundi 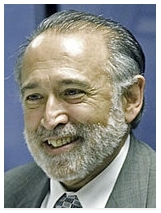 On October 25th, 2011, Howard Wolpe passed away. For those who did not have a chance to know him, I can tell you he was and still is the source of inspiration for many peacebuilders and practitioners, in Africa, in the United States, and elsewhere. A U.S. Congressman from 1978 to 1992, chairing the Africa Subcommittee during 10 of those years, he also served as Special Envoy to the African Great Lakes Region under President Clinton. He notably was the U.S. envoy to the Arusha peace talks that helped bring an end to the civil war in Burundi with the signature of the “Arusha Peace and Reconciliation Accords” in 2000. He then became the Director of the Wilson Center’s Africa Program where he launched with Steve McDonald a groundbreaking initiative: the Burundi Leadership Training Program (BLTP). This model inspired other peacebuilding initiatives in the Democratic Republic of Congo, in Liberia, in Timor-Leste and Afghanistan. In 2009, at the invitation of Secretary of State Hillary Clinton, he joined the State Department once more and reprised his role as Special Representative to the Great Lakes Region.

On October 25th, 2012, on the anniversary of Howard Wolpe’s passing, the International Crisis Group published its latest report on the situation in Burundi. The report is called Bye Bye Arusha?and my first reaction was to think of Howard and try to imagine his reaction. At first, I thought he would be disappointed to read these words, having done so much for the Arusha peace process. “Burundi is regressing”… what would he think about that? But this report is not just painting a dark picture of the current situation in Burundi; it is also a call for action. It stresses what seems to be a window of opportunity for Burundi. And I believe this is what would mostly get Howard’s attention. When we talk about post-conflict reconstruction and peacebuilding efforts, we are often asked how efficient these are, do they really make a difference? It is so difficult to measure the effect that peacebuilding programs really have on peace writ-large. What is even more difficult is to imagine what the situation would be in the country without these efforts.  This is something we should try to keep in mind. For those who know Burundi well, it is quite obvious that the situation would be even worse if nothing at all had been done. While there is a clear slide into targeted violence, training of militias across the border, no dialogue among parties and corruption, there are two major improvements that can certainly be attributed to peacebuilding efforts: the non-ethnic nature of discourse and conflict, and the professional behavior of the army nowadays while they had mostly led the intercommunal violence in the past. Some will argue it is again the idea of the cup half full and half empty… it is actually a little more than half full, and this is what can help us move forward.

Today, most of my attention is dedicated to peace education, a type of program that made Howard particularly hopeful for the future of Burundi. He was convinced that instilling a culture of peace, dialogue and non-violent conflict management among youth was essential for sustaining peace in the future. I had the great opportunity to be involved with the BLTP in the development of a conflict resolution curriculum for secondary schools in Burundi. At the request of the Burundian Minister of Education, through both the Wilson Center’s Africa Program and CMPartners, this initiative’s main goal was to complement efforts already underway within the Ministry to promote citizenship and human rights education through its national civic education curriculum. After a successful test, the Minister of Education endorsed the conflict resolution module and requested BLTP’s collaboration for the extension of the program to all secondary schools in Burundi, with the hope that it will be a robust asset to post-conflict reconstruction and the future of the country. From the outset, Howard Wolpe had tried to encourage the original donor of the BLTP program to support a program in the schools, a hope that he shared with the current President Pierre Nkurunziza, and, obviously, the Minister of Education. He would be delighted to see this dream coming closer to fruition.

While scholars agree on the importance of peace education, national school-based peace education programs are still rare in fragile states. Practitioners in this field are confronted with significant challenges in assessing the long-term impacts of such programs, especially in fragile contexts. Still, various scholars argue that peace education is a component of a child’s right to education and that the first fundamental recognition of peace education lies within the Universal Declaration of Human Rights – article 26 (2). The commitment of the United Nations to peace education has increased gradually over the years. As the principal U.N. agencies with a mandate for education and children, UNESCO and UNICEF are the most involved in peace education programs. The most recent sign of the UN’s commitment to peace education is the launch of its Education First initiative with US$1.5 billion secured commitments. This initiative places the promotion of Global Citizenship as one of its top three priorities. It implies “transforming the way people think and act;” giving Education a “central role in helping people to forge more just, peaceful, tolerant and inclusive societies;” and providing people with “the understanding, skills and values they need to cooperate in resolving the interconnected challenges of the 21st Century.” As Howard Wolpe thought, peace education is certainly only one aspect of the peacebuilding puzzle in Burundi and elsewhere, but it is a necessary one, and our field is more and more invested in the search for tangible evidence that will make this assertion harder to contest.