A new study on violence against women conducted over four decades and in 70 countries reveals the mobilization of feminist movements is more important for change than the wealth of nations, left-wing political parties, or the number of women politicians. The study’s results have been presented in the latest issue of American Political Science Review (APSR), published by Cambridge University Press for the American Political Science Association (APSA):

S. Laurel Weldon, co-author of the study, said: “Violence against women is a global problem. Research from North America, Europe, Africa, Latin America, the Middle East, and Asia has found astonishingly high rates of sexual assault, stalking, trafficking, violence in intimate relationships, and other violations of women’s bodies and psyches. In Europe it is a bigger danger to women than cancer, with 45 per cent of European women experiencing some form of physical or sexual violence. Rates are similar in North America, Australia and New Zealand and studies in Asia, Latin America and Africa show that violence towards women there is ubiquitous.”

Mala Htun, co-author of the study, wrote: “Social movements shape public and government agendas and create the political will to address issues. Government action, in turn, sends a signal about national priorities and the meaning of citizenship. The roots of change of progressive social policies lie in civil society.” 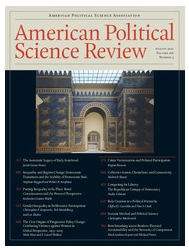